A while back I introduced Atomic Change Flow, which is a branching model we developed in MediaValet to support continuous integration of a product developed by distributed teams. At the time, the teams were working on multiple features in parallel and frequently blocked each other by merging incomplete features to common release branches. Refactorings and architecture made the use of feature-toggles almost impossible. Atomic Change Flow was introduced to keep changes atomic (i.e. separated from the rest) up until it was deemed ready for production.

The main idea is:

We have used this process in production for quite some time, it works well and it’s comfortable and safe.

This post aims at showing how to instrument it using Azure DevOps repositories and pipelines. It assumes you have some basic knowledge of how to use this platform ; here are the 101 documentation for Git repositories and for pipelines.

New features need to go into separate branches. These branches are created directly from the master branch. 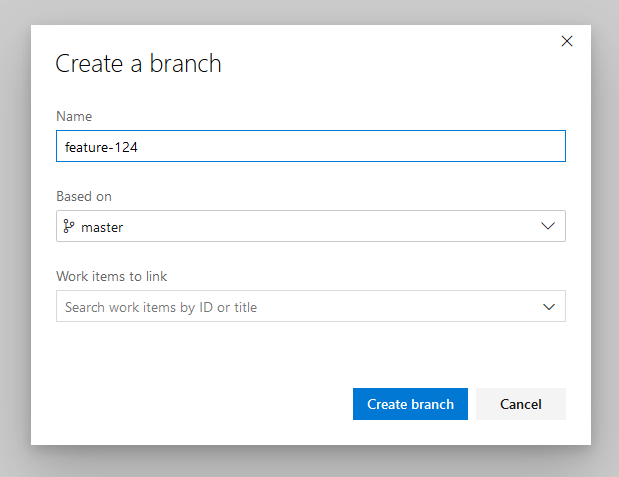 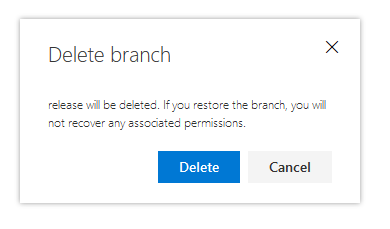 Then re-create it from master 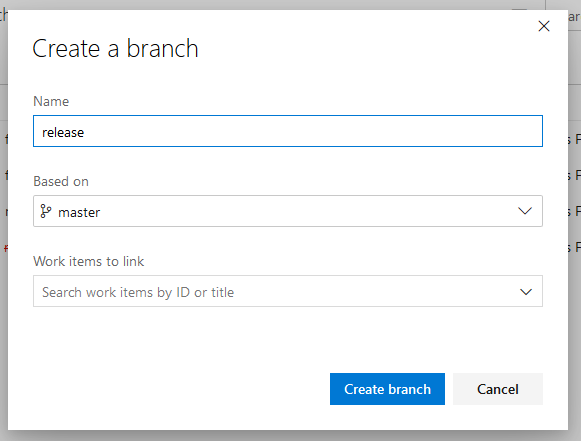 Note: this in itself should kick the build

Working on a release 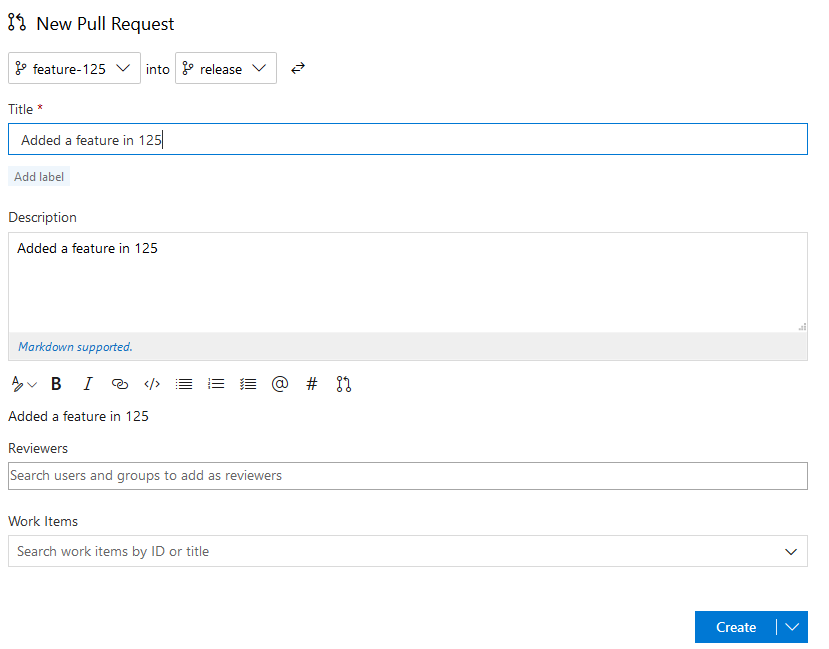 Then complete the PR right away. Be careful to not delete the feature-branch after merging. 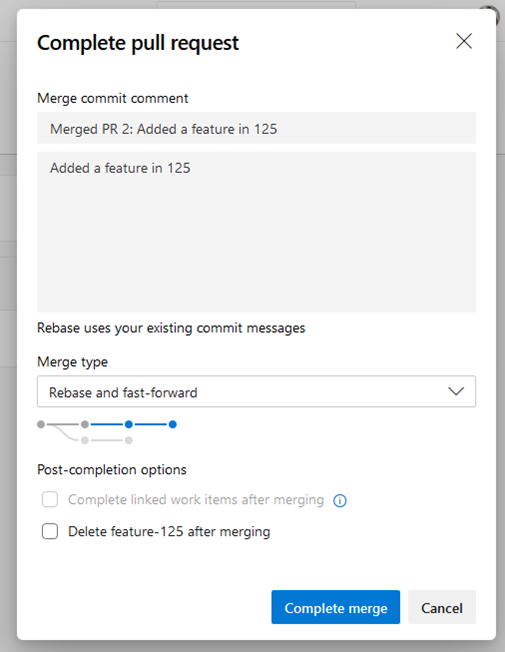 I like doing a rebase and fast-forward merge, that gives the cleanest commit tree in my opinion (preserve commits from the branch):

If you find this process too cumbersome, you can simply run it on a local machine and push to the repository. Some automation is possible.

The beautiful thing about preserving the individual feature branches is that, if you have issues stabilizing one of the features (e.g. bugs cannot be fixed, or the feature introduces regressions), you can simply squash the release, and start a new one with only the stable new features.

Assembling a release with multiple features is done by repeating the process for each feature.

If you want builds to kick only for release, change trigger to the “release” branch:

Then configure the process how you want it to be:

Then configure the relevant steps to be approved before deployment. The less manual validation you add, the more continuous your integration is actually going to be – ideally the test environment should be automatically deployed based on smoke tests results in the dev/integration environment. 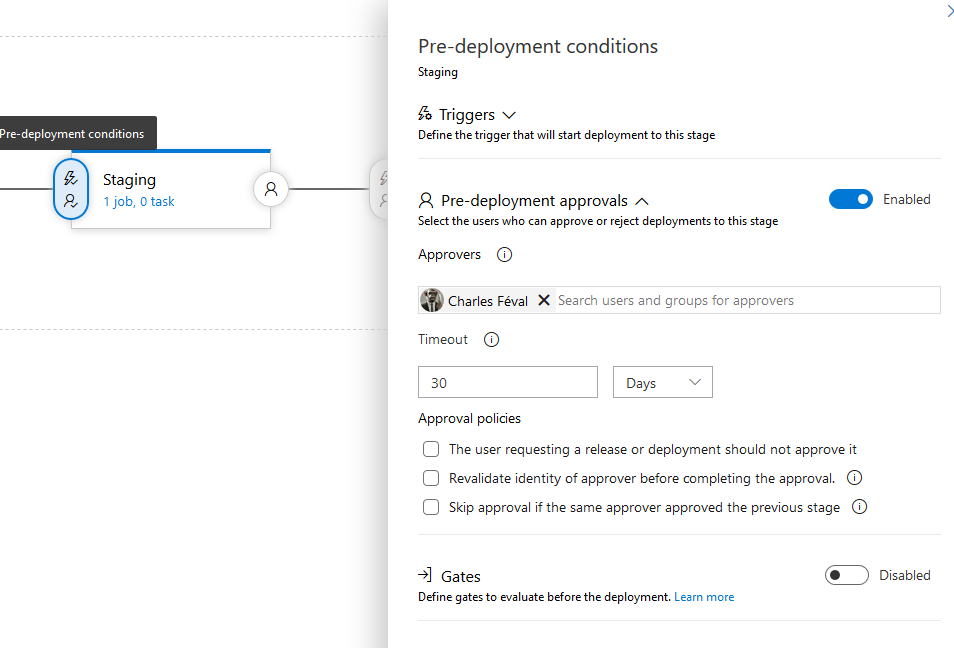 You might want to change the default parallel deployment settings, so that releases not approved don’t prevent newer releases to be approved – either enable unlimited or Deploy latest and cancel the others. 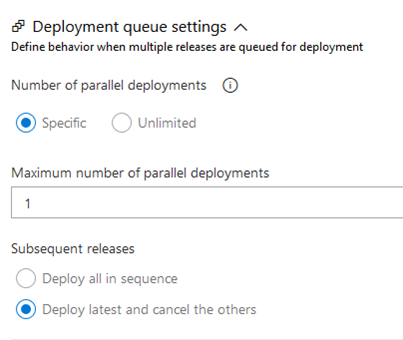 The steps with approval will wait for their owners to approve it: 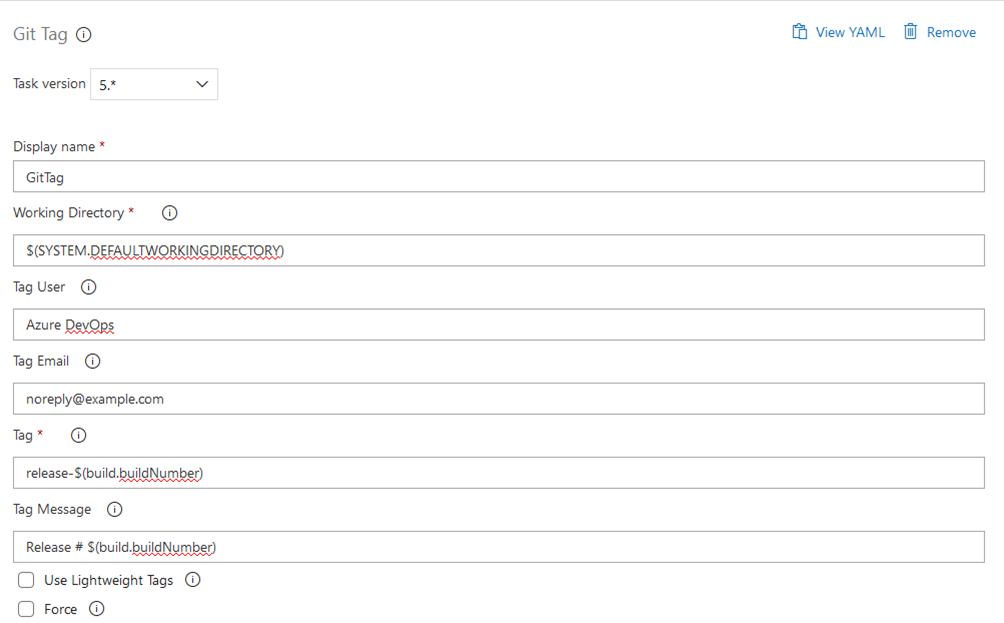 Once a release goes to production, you must merge the “release’ branch back to master. Do that either manually or automatically in the pipeline.

You can delete the feature branches that have been merged into the release deployed to production. This can be safely done from the “Branches” tab of devops:

Every feature branch that is “0 ahead” of master can be removed.

From there, other live feature branches should be either re-based, or master should be merged into them, so that they start from the latest commit. You can see these by looking at the “behind” column.