CodeShip is an online service that lets you setup a CI pipeline fairly easily, for a price beginning at $0. I needed a CI pipeline for this blog, which runs on Jekyll, and decided to give it a shot, since they support Ruby.

They do offer deployment Google, AWS, and Heroku, but Azure is not in the list. Fortunately WebApps and functions allow you to deploy from git, which is the way that we’ll follow. 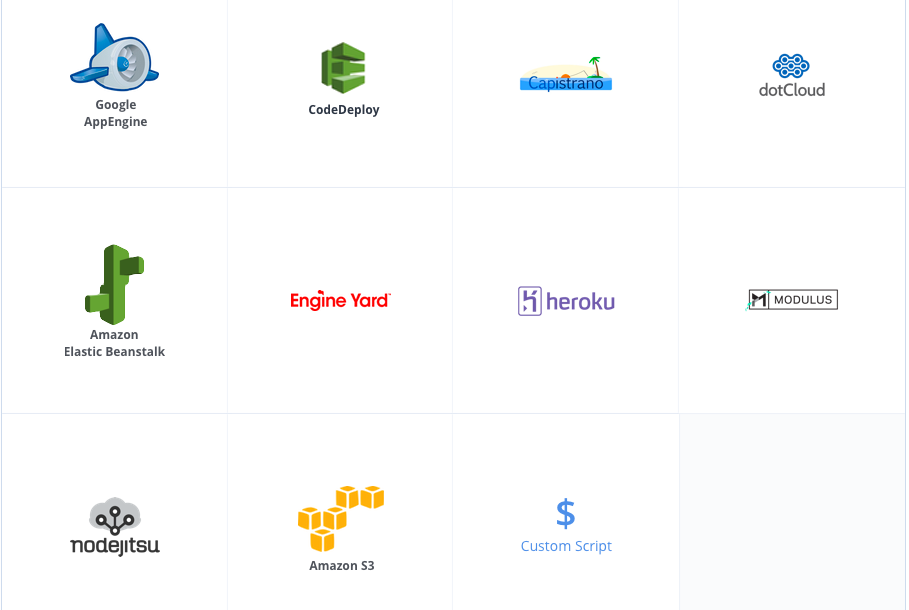 Deployment is going to be done via git. To setup your App Service accordingly, connect to the Azure Portal, then open the “Deployment options” blade. Pick local git repository, then press OK. 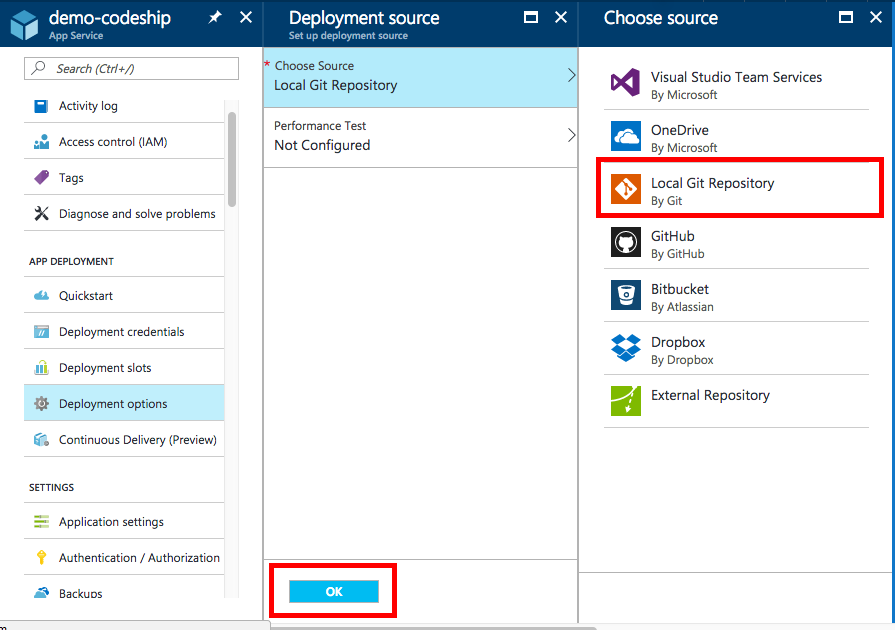 Next go to the deployment credentials blade and save. I usually use the same as the publish settings, it makes for an easy way to find them again. Copy them somewhere, we’ll need them later. 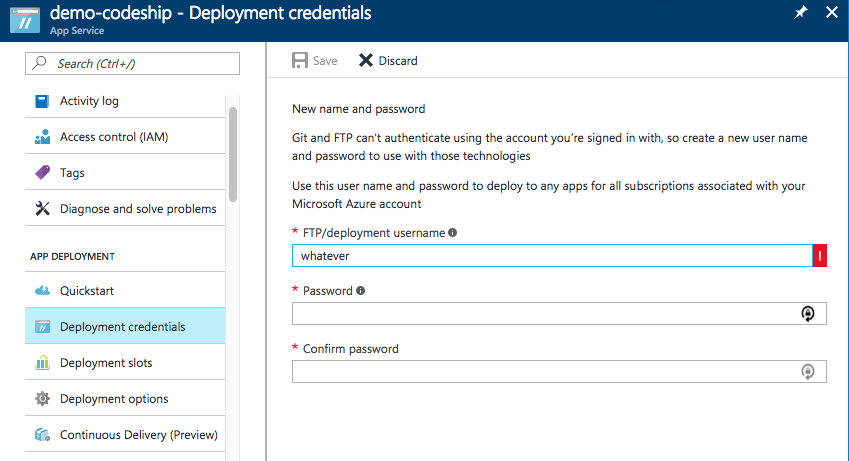 You concretely created a git repo from which the web application is gonna pull your application.

Finally, go to the properties blade of your webapp, and pick the git deployment URL. 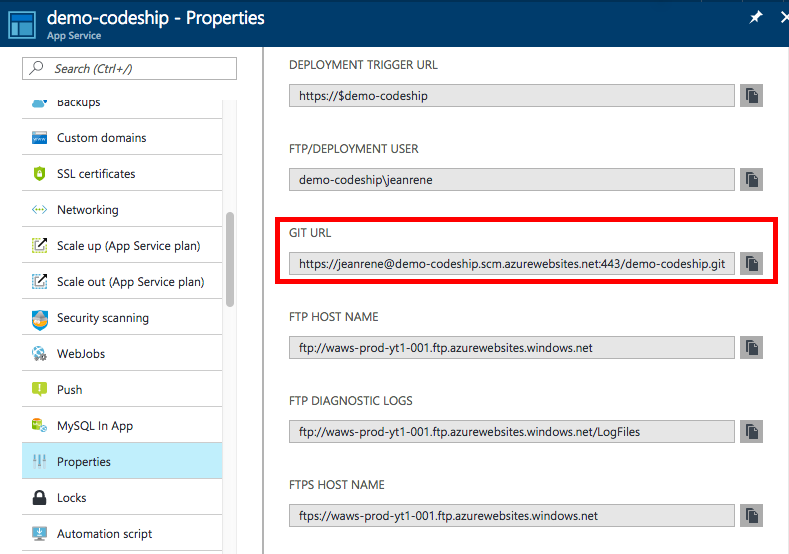 Add a script to deploy to Azure from your application

The concept is that we’re gonna commit our application binaries to the git repo on Azure. To do so, we’ll pull whatever is on Azure into the build directory, run the build, add all changes, then commit and push. This will trigger the deployment.

The steps in our build are then gonna be:

Preparing the git directory is the following:

Deploying is simply adding everything to the repo and pushing

These two files are available on GitHub.

Create a new project. On the top bar - click “select a project”, then create. Connect whatever SCM you picked, then choose your repository.

Next in the setup commands (in the “Tests” configuration panel), you’ll need to inject whatever you need to prepare the build and run your tests. In my case, I install Jekyll and run npm install for some stuff. 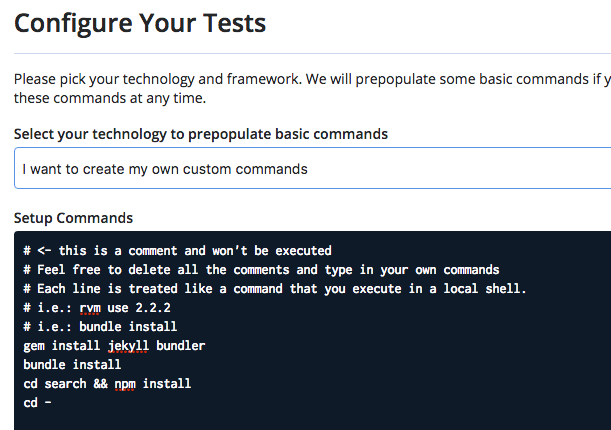 Then switch to the “environment” section of the project settings. Set the following variables: 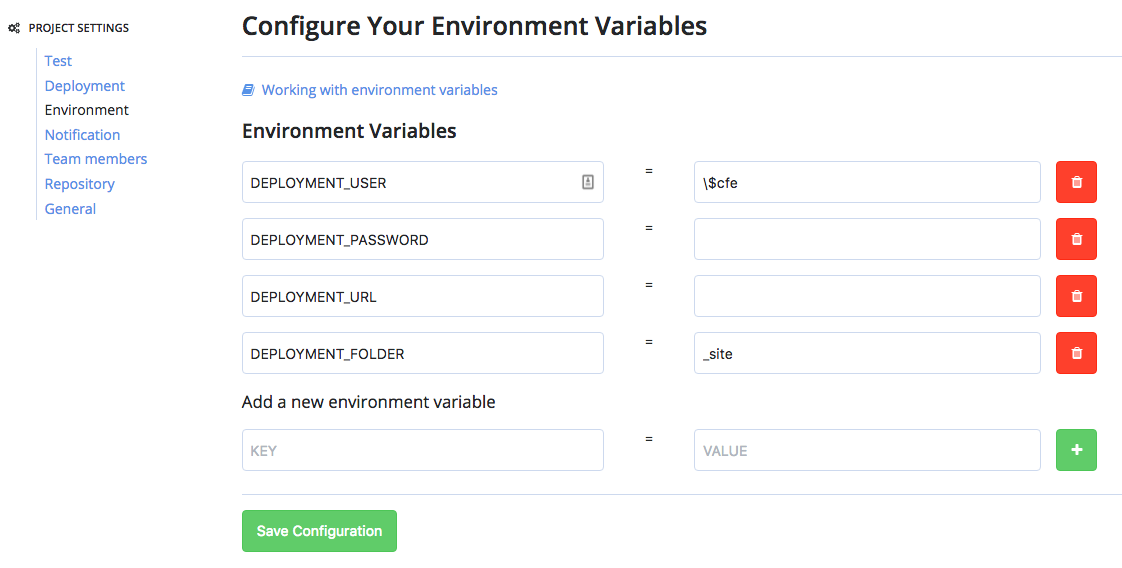 Then switch to the “Deployment” section. In the “add deployment” grid, pick “Custom Script”

To deploy you need to make your shell scripts executable, prepare your deployment git repo, build your application, then trigger deployment.

The only thing you’ll need from there is to push to your own git repo, and check what’s happening (it may need some refinement for the build to pass - you can actually SSH into the VM if need be, to finalize your setup). 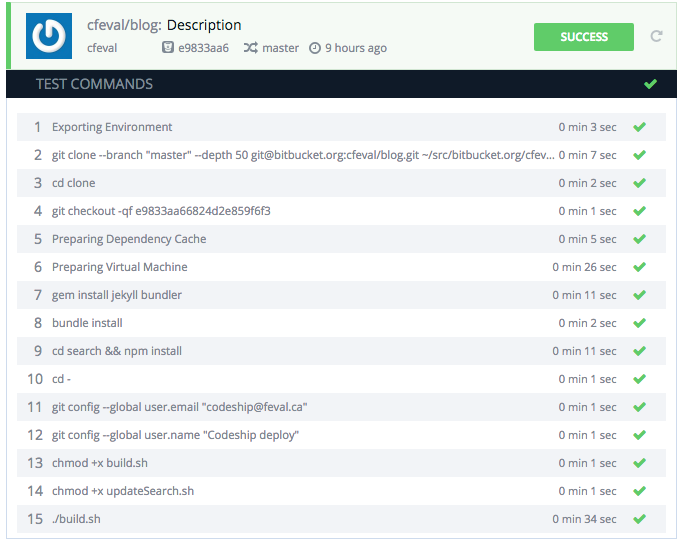 Build should trigger automatically, and deployment should happen automagically.